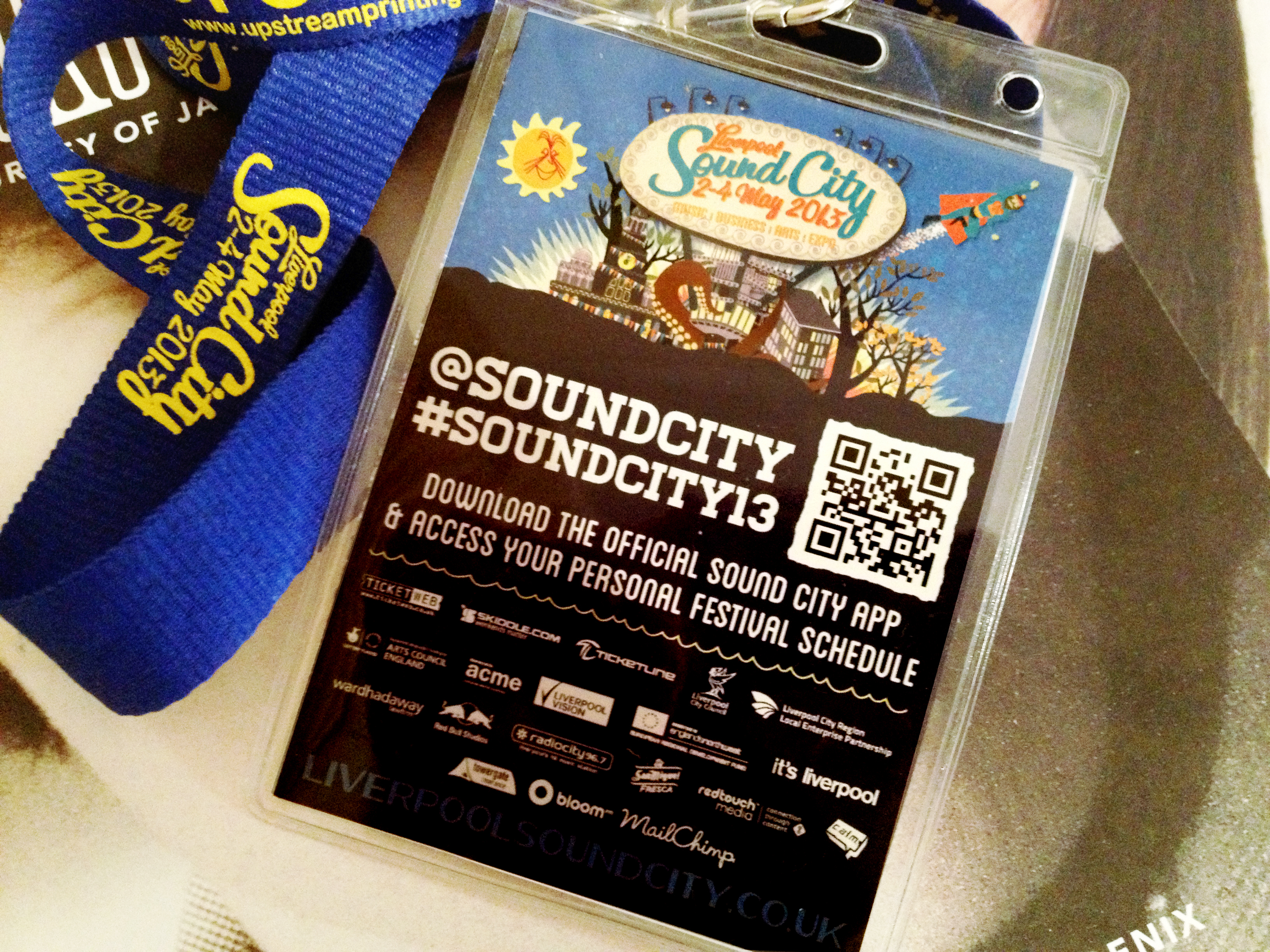 Anticipation for this year’s Liverpool Sound City was at an all-time high, if not for the bands, the crew or the organisers, then definitely for this girl and her blog. With such a stellar line-up and no photographer brother by my side, I was left to “wing it”, a.k.a. make a slew of mental notes, have a good time with my BFF and beg around for photos later!

Liverpool Sound City is a 3-day festival that takes place all around what has come to be one of my nearest-and-dearest cities, in a deluge of venues that come in all shapes and sizes. The Merseyside festival first came to fruition at the popular Texas music and conference festival, SXSW, as a platform for showcasing some of the UK North West’s best music acts. Now in its fifth iteration, the festival welcomes in over 360 artists and hosts 2 days of world-class conferencing. One £45 wristband will get you into every single venue, and with Bastille, AlunaGeorge, The 1975, Noah and The Whale and The Walkmen all smattered across the bill this year, I’d say that’s £45 well spent.

As this was my first year at LSC, I wasn’t too sure what to expect. I’d never been to a ‘city’ festival, but the concrete jungle vibe is what gives a festival of this nature an edge, and it’s one that I felt an affinity with. For three days, Sound City hipsters roam Seel Street and its half-mile radius, eking out the newest, hyped-up bands, all the while ditching neon facepaint and Hunter wellies in favour of bowler hats and ode-to-Lennon Windsor sunglasses. This kind of festival felt a lot more grown-up - the crowds, like me, had planned out an itinerary for each night (the line-up is that jam-packed, you’d be hard pressed to see every act), and a few people-watching sessions led me to the conclusion that this was a pack of people who were in love with live music.

Navigating my way around Liverpool’s small network of streets was easier than I first expected, too - one venue seemed to be just a stride away from the next, and on every short jaunt, I could hear muffled sound snippets, like the beginning of a secret, behind the walls of every bar, club and theatre. I couldn’t shake the feeling that I was missing out on something special with every ten yards I took. 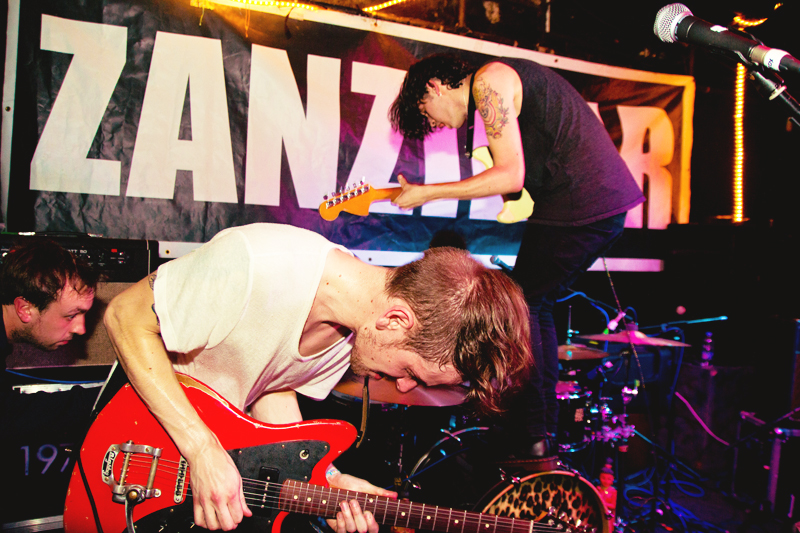 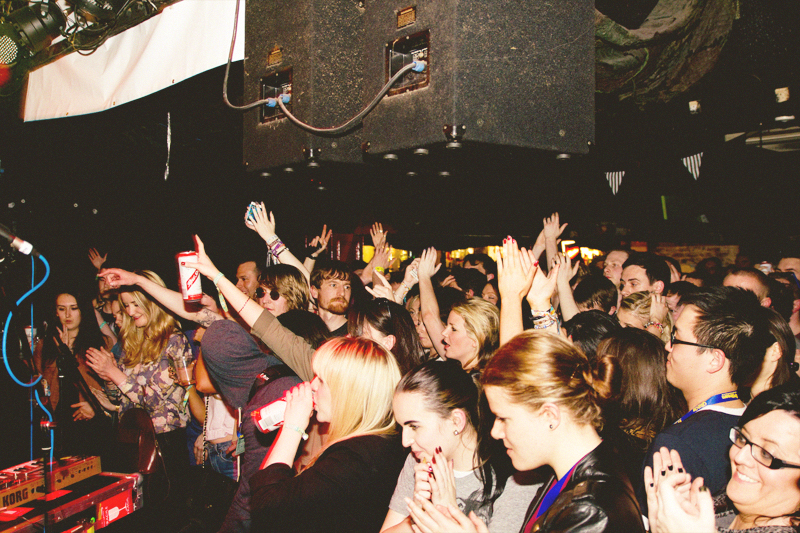 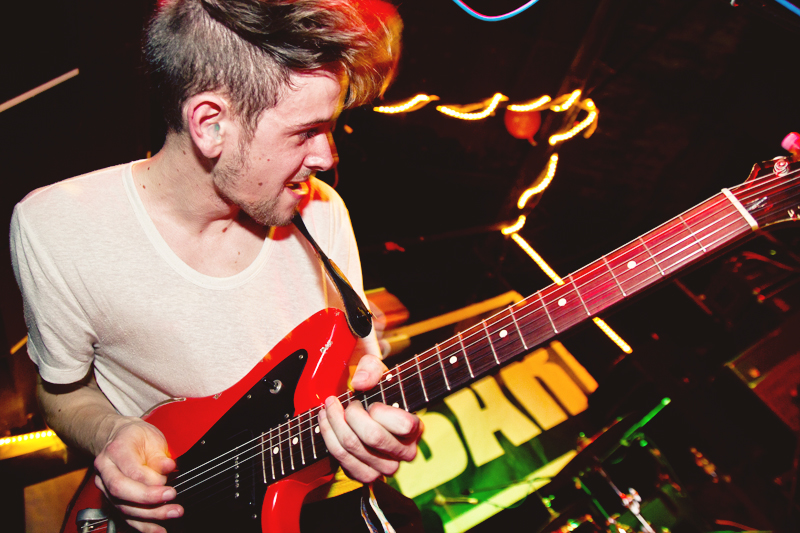 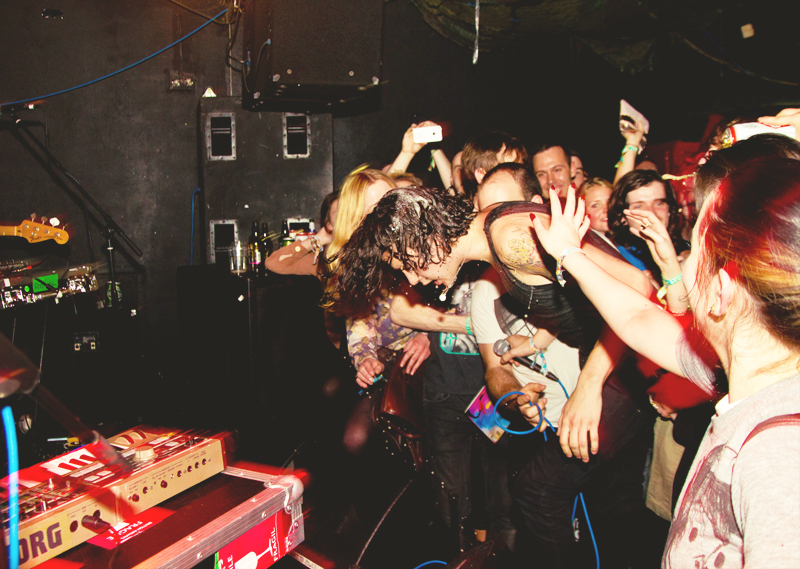 My itinerary for the first evening of the festival (and the only one I was able to attend, sadly), consisted of AlunaGeorge, The 1975 and Bastille. I’d already been given a heads up to make a beeline for Zanzibar, where The 1975 would be playing, as early as possible. However, my timing had not been well monitored, and heading towards Zanzibar at 11pm, all I could see was a queue right around the block. Fortunately, I managed to make my way to the front of the stage in this matchbox-sized bar, and stayed there for The 1975′s entire set. Their crowd all waited with huge, puppy dog eyes for the band to make their first steps onto the tiny stage, with cameras prepped, phones up in the air ready to record, and tiny shuffles pushing everyone closer and closer. With a quick pan around the room, I could see the front-row girls shaking up their tresses, the side-stage entourage making last-minute tech touches and members of The Family Rain stood atop drinks tables in a bid to scope out a good view.

Safe to say, I don’t think I’ve ever been in such a small room with that many other bodies.

Not that the overcrowded atmosphere distracted me from the music. In just one hour, the boys made sure they crammed in as many songs as possible, and as a raucous mosh-pit got going towards final song ‘You’, lead singer Matty made all the females’ hearts race even faster by shouting out: “Oi, be careful. There are lots of girls in here!” 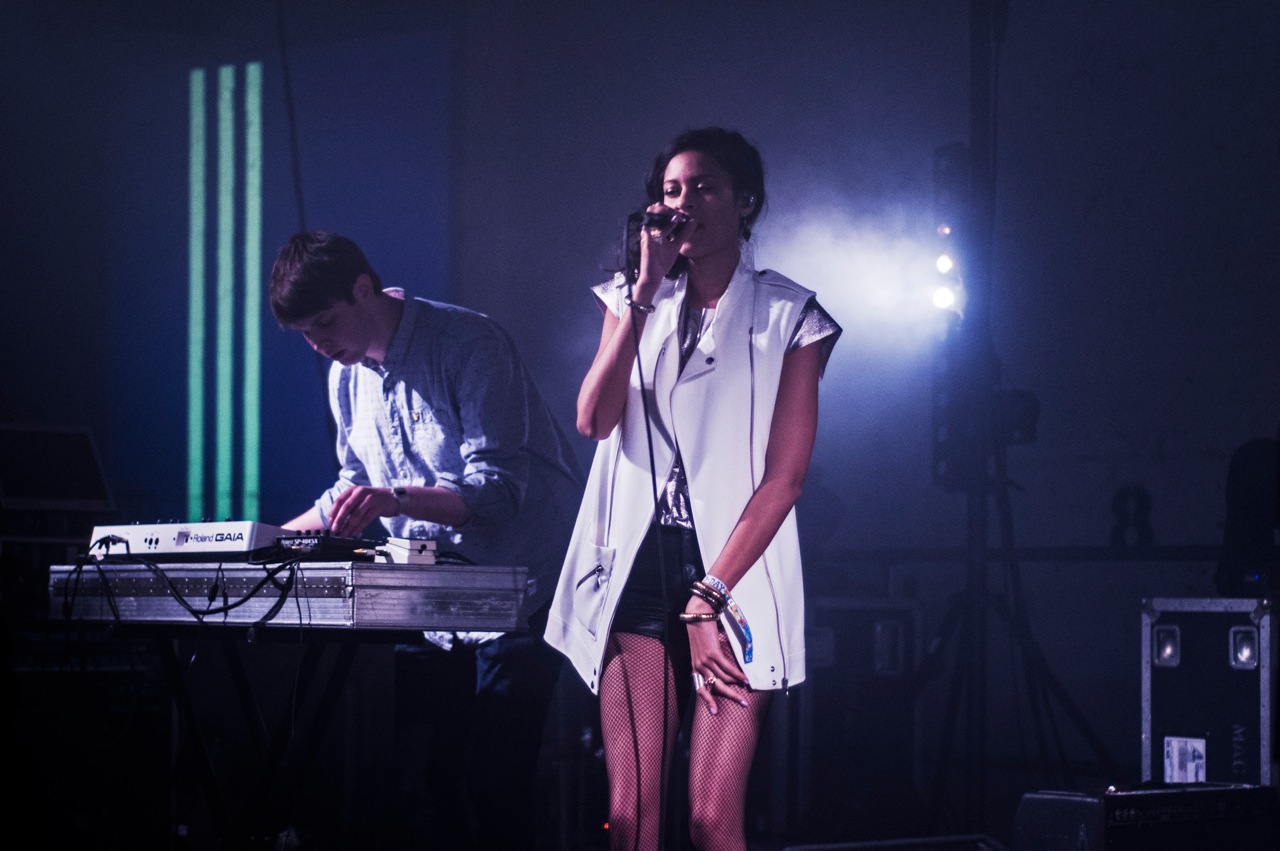 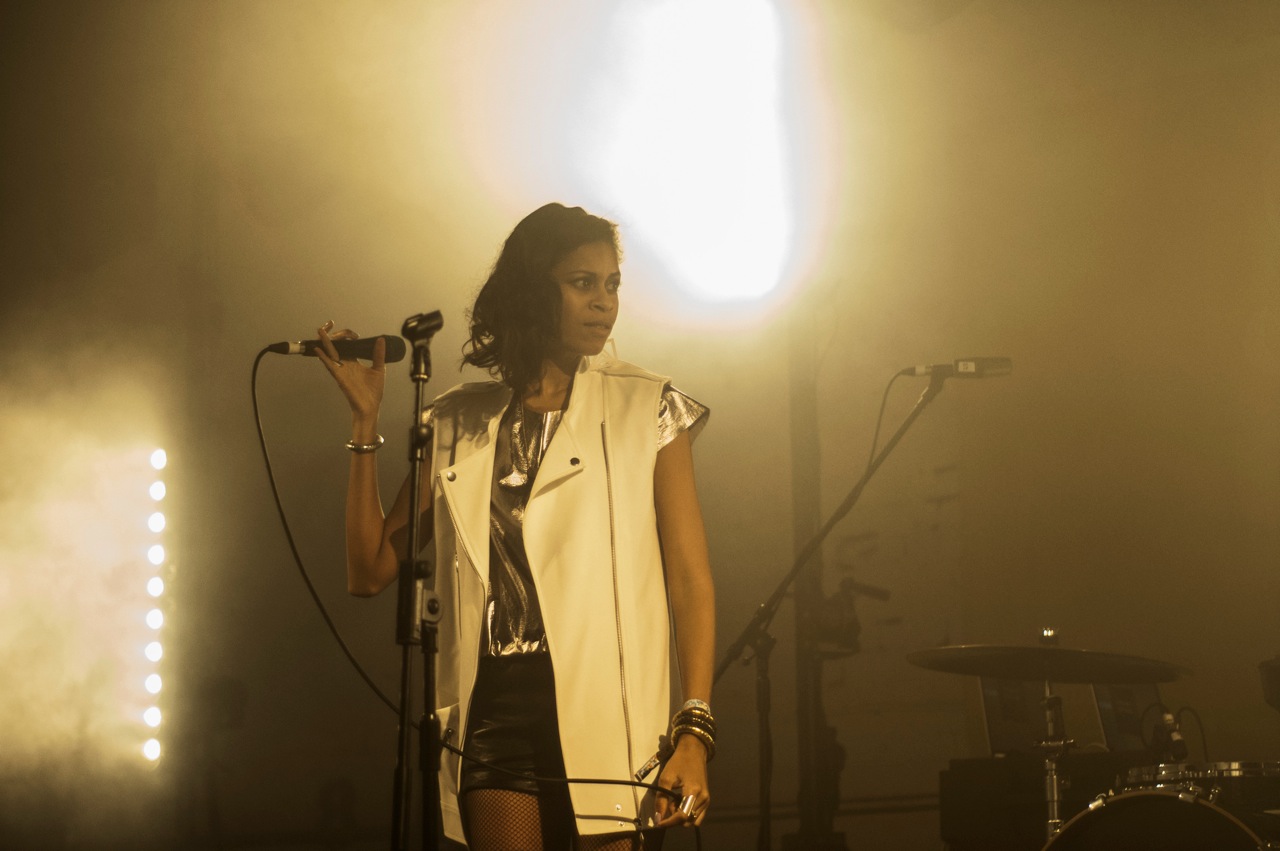 I emerged from Zanzibar looking a lot less presentable than when I first entered, but buzzing from such an energetic show. Next on the agenda was AlunaGeorge, who had happened to time-clash with The 1975, and with only a quarter of an hour left of their set, I rushed to The Garage, a renovated warehouse in Wolstenholme Square that felt a lot breezier in atmosphere. A cover of Montell Jordan’s ‘This Is How We Do It’ got the crowd going, and it was clear by the time AlunaGeorge finished, that the crowd were all eager to see headliners Bastille take to the stage. 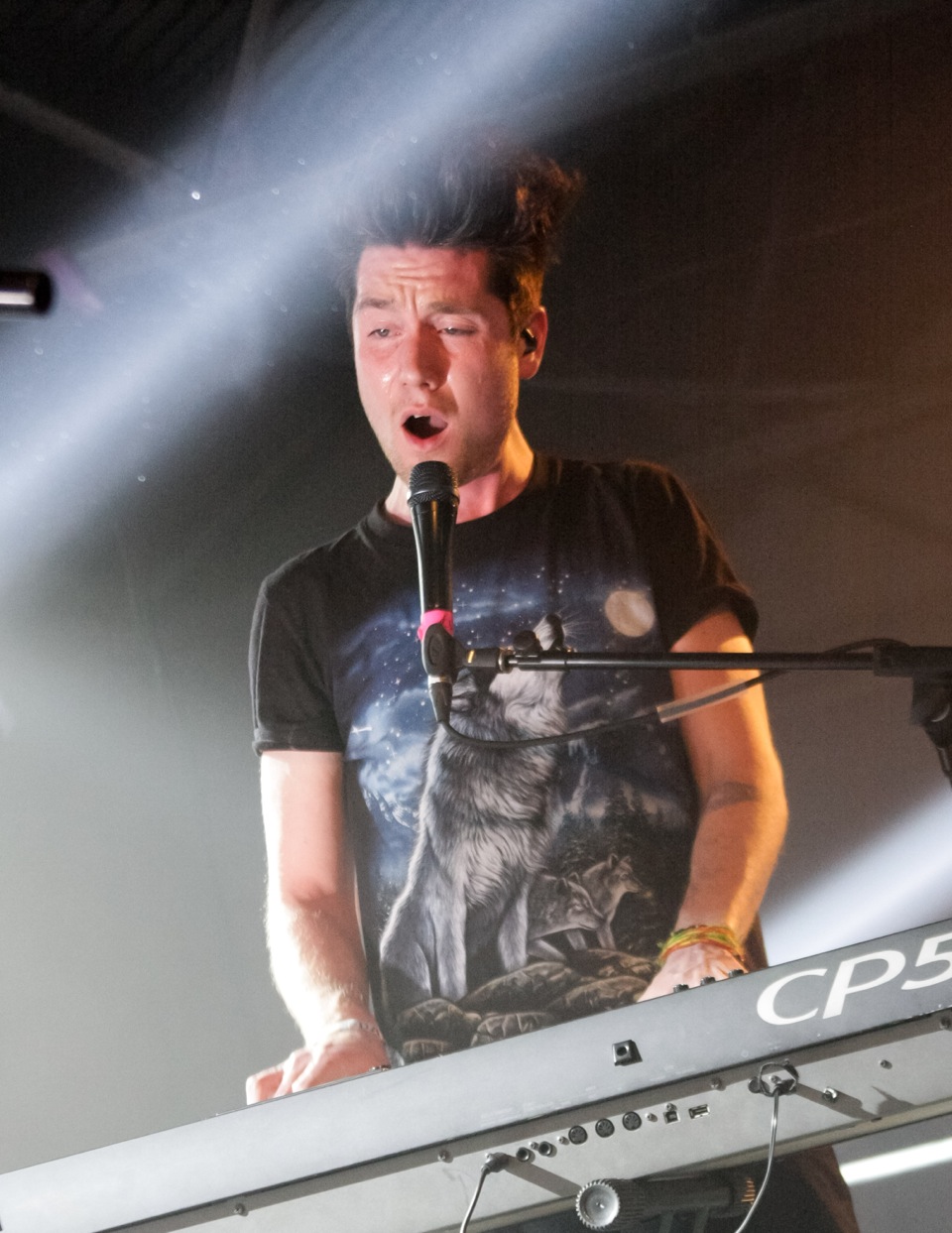 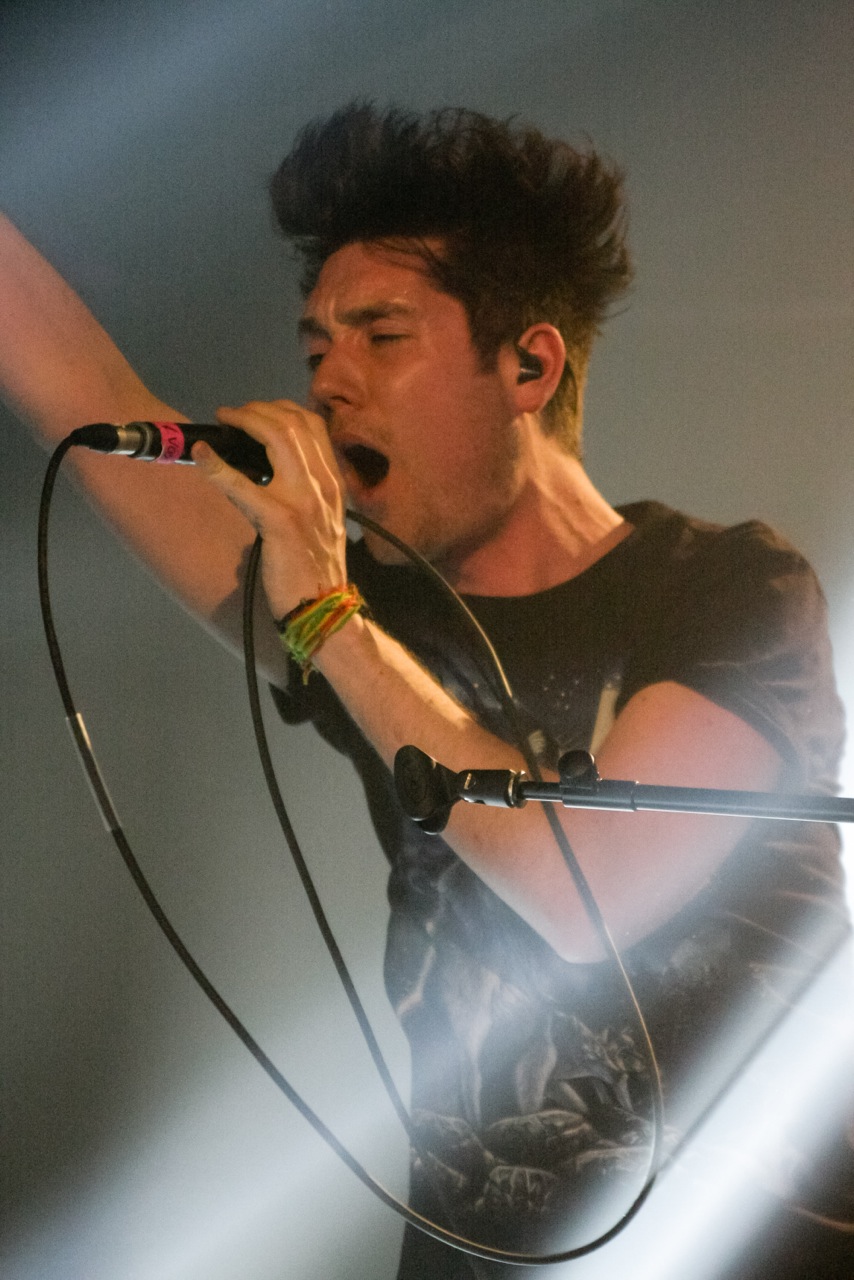 Opening with ‘Bad Blood’ (and an incredible light show!) caused the huge and overexcited crowd to let off every last bit of steam in their bodies, whilst lead singer Dan made his way all around the stage. Highlights of Bastille’s set included ‘Pompeii’, which every single person was singing as they made their way out of the venue, and a mash-up of 90s tracks ‘Rhythm Is A Dancer’ and ‘Rhythm of the Night’.

All in all, an incredible night had at Liverpool Sound City, and next year I will be keeping the weekend completely free to enjoy the festival in all its glory. Thank you for having me, LSC!

This entry was posted in Music. Bookmark the permalink. ← Spring Haircare My Travel-Friendly Beauty Stash →