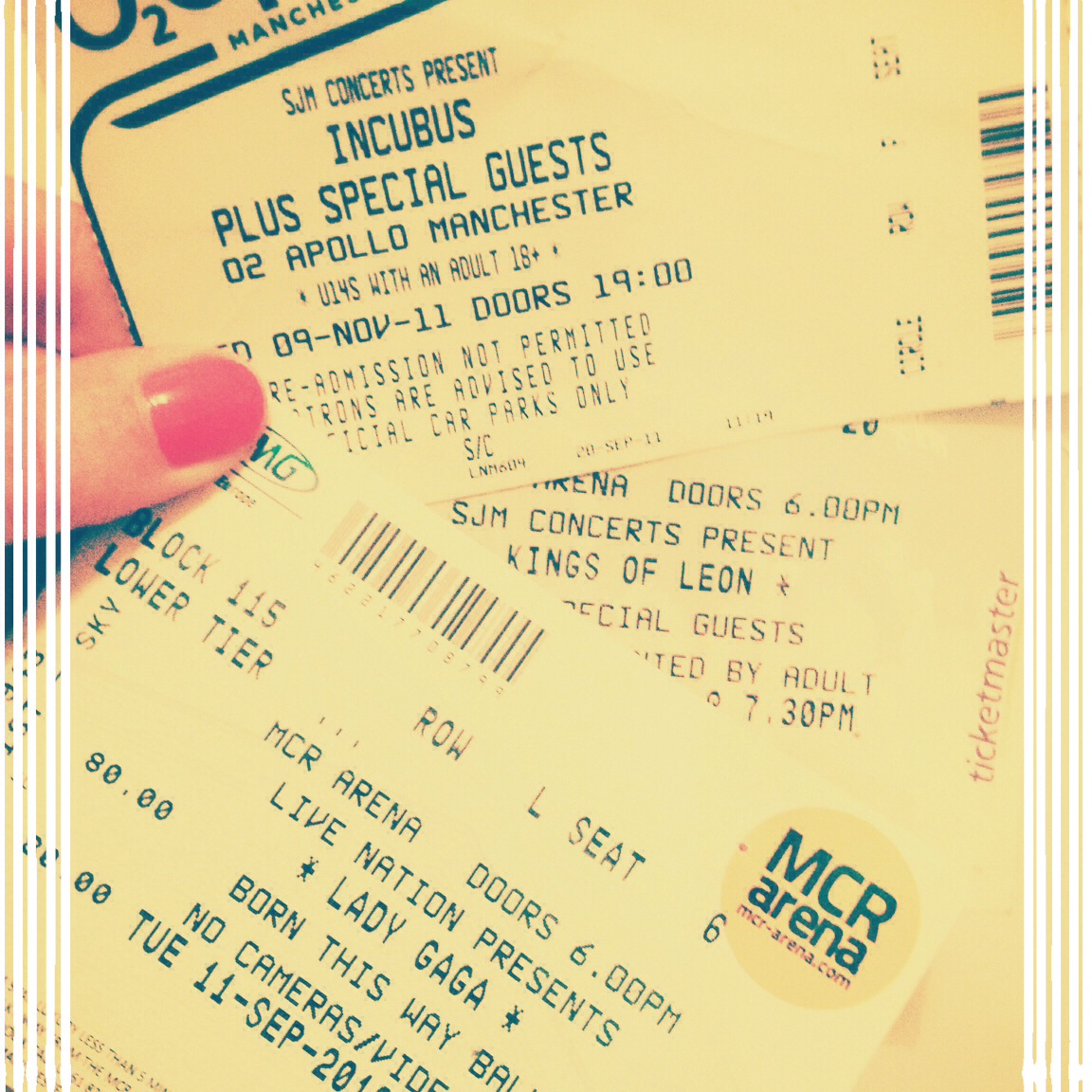 With wish lists pouring into my blog reader by the bucket load, and the final (and letā€™s face it, best) month of 2013 rearing its sparkly little head, Iā€™ve been doing some “retrospecting” of the music variety, and realised that Iā€™ve not fared too badly on the live music side of things this year *go me*.

However, there are still a fair few to tick off my “bucket list” of must-see shows. Through blogging and garnering recommendations from my favourite faces, Iā€™ve acquired more than a few. Did you know that tickets make amazing Christmas presents too? Not hinting or anything…

The Foos are a band I have invested in since I saw the video for ‘Monkey Wrenchā€™ for the first time. I have watched every documentary ever made about them, Ā as well as most of their filmed-for-television gigs, and could probably write an entire blog post on my love for their music videos. They may be on hiatus right now, but I have no doubt in my mind that Rock God Grohl will climb back onto the stage once again for a round of shows. At least, hereā€™s hoping, because the Foos are at the very top of my list.

It was only a few years ago when I really got into Pearl Jam (apparently named after Eddieā€™s grandma Pearlā€™s famous peyote jam!). Eddie Vedderā€™s songwriting is unfathomable, and even now, at 48 years old, still is. With such an incredible back catalogue of choons, I know the PJ boys would definitely give me some music memories to last forever.

For a while now, I have decided that I must hear that superhuman falsetto for myself in order to believe it. There has never been an artist as prolific, as timeless or as mysterious as The Purple One, but one thingā€™s for certain - hearing Purple Rain, Kiss and I Would Die 4 U being played by the man himself would be a real-life dream. Swooning hard.

A band that have been a firm favourite in the Williams family since they played local festival Wakestock way back in 2002, Reef should never, ever be written off as a “one-hit wonder”. Theyā€™re a four-piece who Iā€™ve documented countless times on this blog (more specifically, here, here and here). And seeing a band when youā€™re 13 doesnā€™t count for this list, FYI…not when it comes to Reef anyway.

For all of you who have already witnessed Queen B in her gorgeous, sonic glory, I am most envious. Iā€™ve completely lost count of how many times Iā€™ve watched her Glastonbury set. She is one of those singers who just gives me shivers whenever she sings, and her mere existence is enough to give me a kick-up-the-arse, and to tell myself to work harder and harder. The scramble for tickets on her last tour was enough to send me over the edge with anxiety, but next time, Iā€™ll be prepared. All in the name of Bey.

This entry was posted in Music. Bookmark the permalink. ← An Afternoon With Liam Fray Christmas Gift Guide: The Boy →

I am an English and Creative Writing graduate with a penchant for Topshop, Maison Scotch, chocolate pretzels and rockā€™n'roll. After an epiphany in my second year of the sheer speed Iā€™m moving towards the big, scary adult world I decided to get things going....
Continue Reading