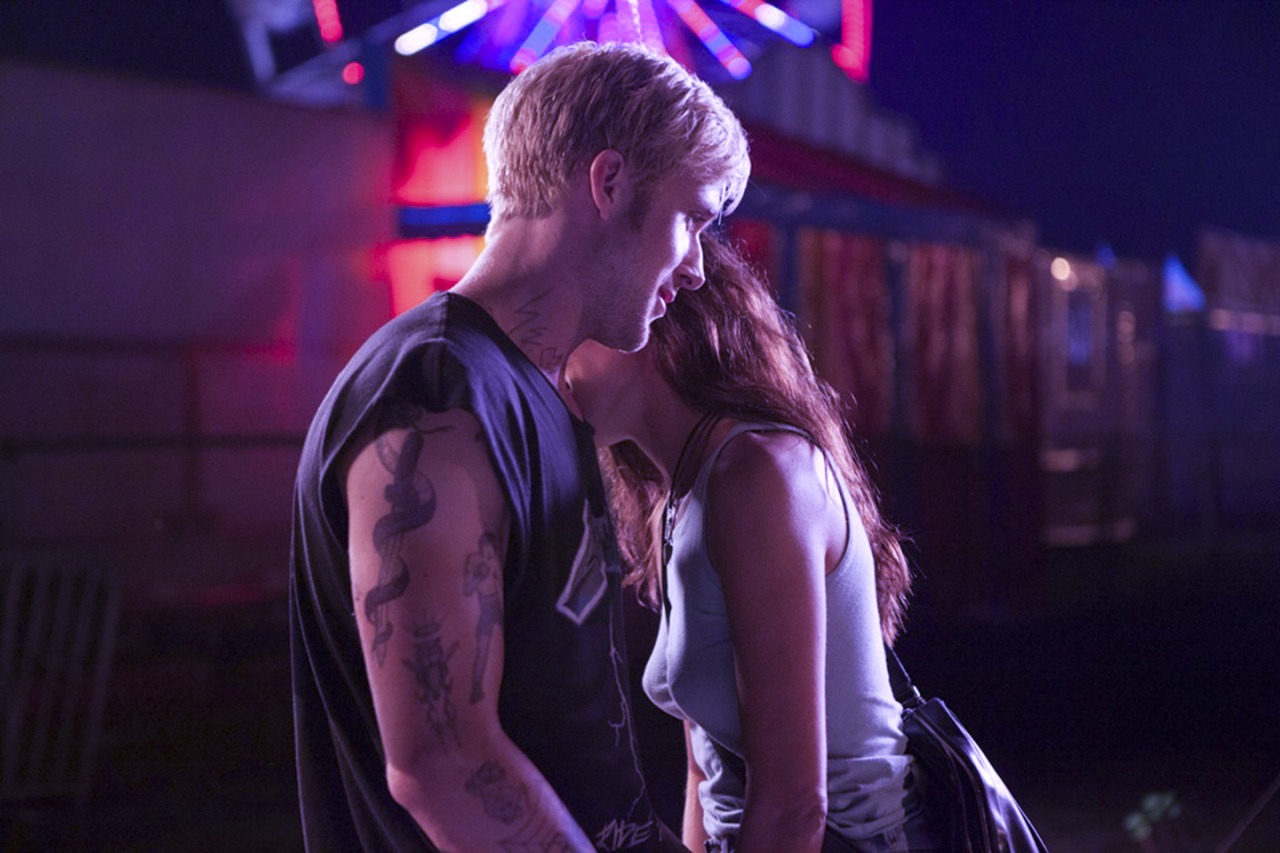 It will come as no surprise to those that know me, that my favourite movie soundtrack is this one. On the date of the movie’s release, I had organised a night at the cinema. I settled into my front row seat cradling a box of salty sweet popcorn, fizzing with excitement (not just at seeing a tattoo-spangled Gosling), and sat transfixed at the screen for 2 and a half hours. I remember walking out with damp cheeks and a pounding heart.

“The Place Beyond The Pines”, for me, is mystical, complex and a complete one-of-a-kind - a movie besetted in symbolism, dualisms and hidden meanings, where I just have to retrospectively indulge in director interviews and Wikipedia searches to uncover all of its layers. It’s a tale of fate, time and family, split into three parts that all interconnect. The cinematography on its own, dazzling and poetic in its long, wide shots, like a friend keeping watch, makes for a piece of film that I just love to cherish and yearn to watch whenever I want to feel another level of human.

But when you add the soundtrack to the mix, some truly enigmatic and powerful moments are born, my favourites being:

1. Luke dancing with Robin’s dog to the sound of Bruce Springsteen’s “Dancing In The Dark”
2. One of the many bird’s eye shots of Luke riding through the forest to the sound of “The Snow Angel” by Mike Patton
3. The final scene where Jason rides away to the sound of Bon Iver’s “The Wolves - Act I and II”.

It’s a soundtrack with a tempo that mirrors the plot - ever-changing and always emotional, thanks to Mike Patton’s ability to impact through music. Whether it’s feelings of loneliness, longing, dread or elation, I’m not sure that there has ever been a film that’s touched me as much, just through the music.

I’m sure if you’re a Gosling fan that you will have already ticked this one off your list, but if not, I urge you to spend an evening with this film, then run to Spotify to save the soundtrack. It’s as golden as the picture itself.

This entry was posted in Music. Bookmark the permalink. ← My New Autumn Kicks The Private White VC Twin Track Jacket →