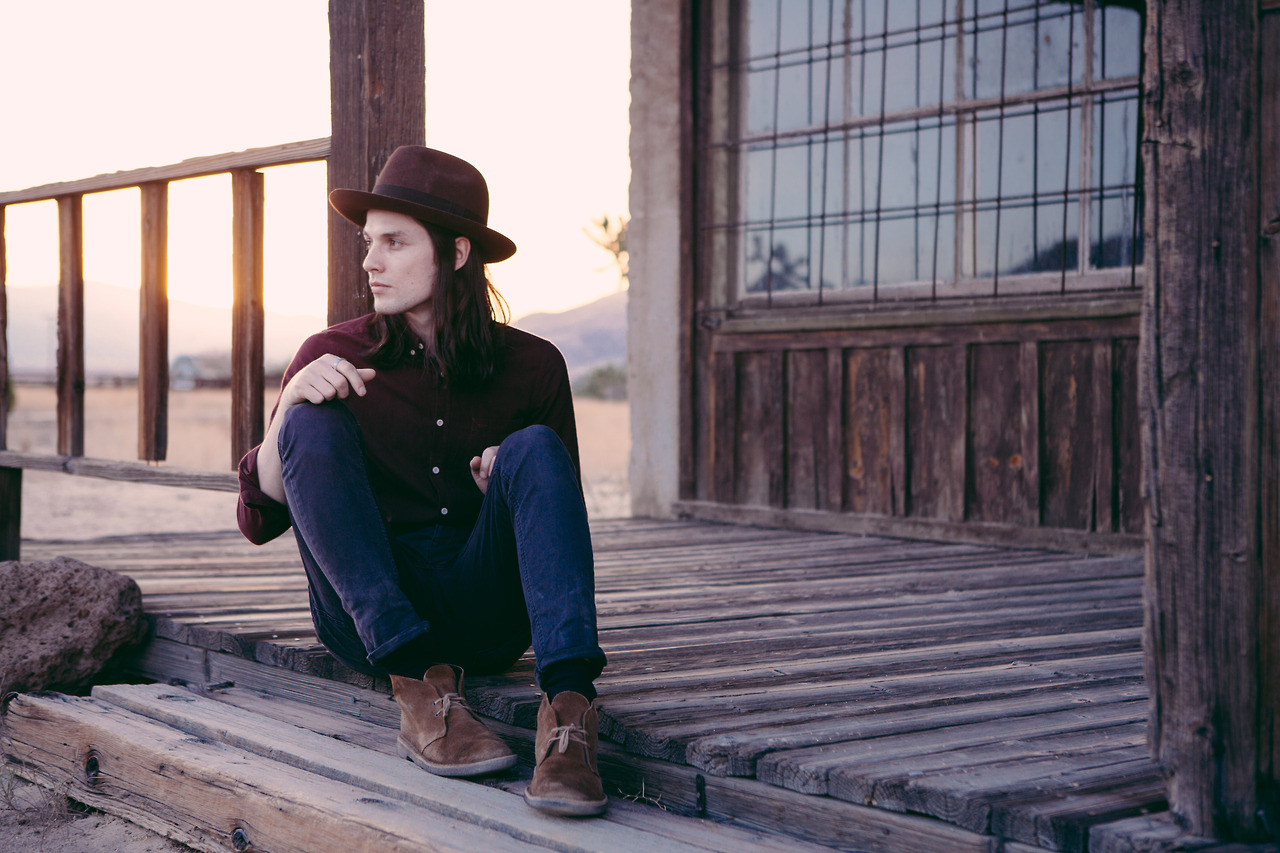 For discovering my new acoustic crush, I have only the lovely Hannah Maggs and Stefan Michalak to thank. When James Bay‘s song “Let It Go” began playing in one of their vlogs, I Shazam’d faster than I had ever done before. I then did what I always do when I get excited about new music, and began devouring everything he had ever recorded.

This time last year, James Bay was a boy waiting in the wings. His country twangs and earthy, gravelly voice were yet to be heard by the 1,000,000 people who listen to the radio on their way to work, and a silhouette of a boy in a wide-brimmed hat was not yet a familiar picture.

2014, however, has been a banner year for this Hertfordshire-born tunesmith. Not only did Zane Lowe make his climactic debut single “Hold Back The River” his Hottest Record, it was also made the show’s “Single of the Week”, a feat for any artist, let alone one who is just starting out.


Now, he’s won the BRITs Critics’ Choice Award for 2015, an award that presages pretty much inevitable success. It is so prestigious, in fact, that record labels are guaranteed to devote much more time and money in promoting the artist who wins the accolade. The award has only ever been won by artists who have gone on to enjoy incredible success - Ellie Goulding, Adele, Jessie J, Tom Odell and, last year, Sam Smith, are just a few. Safe to say, James Bay is in great company, and 2015 is poised to be an epic year for him and his Panama.

Sounds like: Ray LaMontagne, Damien Rice, Tom Odell and Hozier all piled into one.
The first song you should listen to: “Hold Back The River”
Album details: The Chaos and The Calm will be released on March 23, 2015.

This entry was posted in Music. Bookmark the permalink. ← A Weekend Escape To Manchester’s #HotelOfMusic, Part 2 The (Very) Last Minute Christmas Gift Guide →